Building any house or cottage comes with its share of hurdles. But when Trevor McIvor was hired to design a sustainable, cliff top family retreat with 360-degree views of the surrounding lake and forest from every room, he knew he was in for a challenge. “It’s obviously impossible,” says the partner of Toronto-based Altius Architecture Inc., “unless you build a tower where every floor is one room.” The combined task of designing a 3,000-square-foot, four-season cottage to be totally off the electricity grid, while possible, is seldom done. Incorporating solar technology into non-winterized cottages is one thing.

But for year-round residences that endure long, cold Canadian winters, the financial investment is typically too large and the return too small. The owner of the aptly named Cliff House would not disclose his building budget, saying only that the return on investment for going green “was too high for me to count in years based on economics.”

However, he says the cost to run electricity to the secluded Muskoka property would also have been very high – as much as six figures. In the end, his family’s decision to go green wasn’t financially motivated. “It’s cultural. It’s a value statement,” he says. Several years ago, they built a few smaller solar-powered cabins by the lake some 20 metres below the granite peak. And though the Cliff House is luxurious to be sure, it does not have a landline telephone, television, dishwasher, microwave or other modern conveniences. 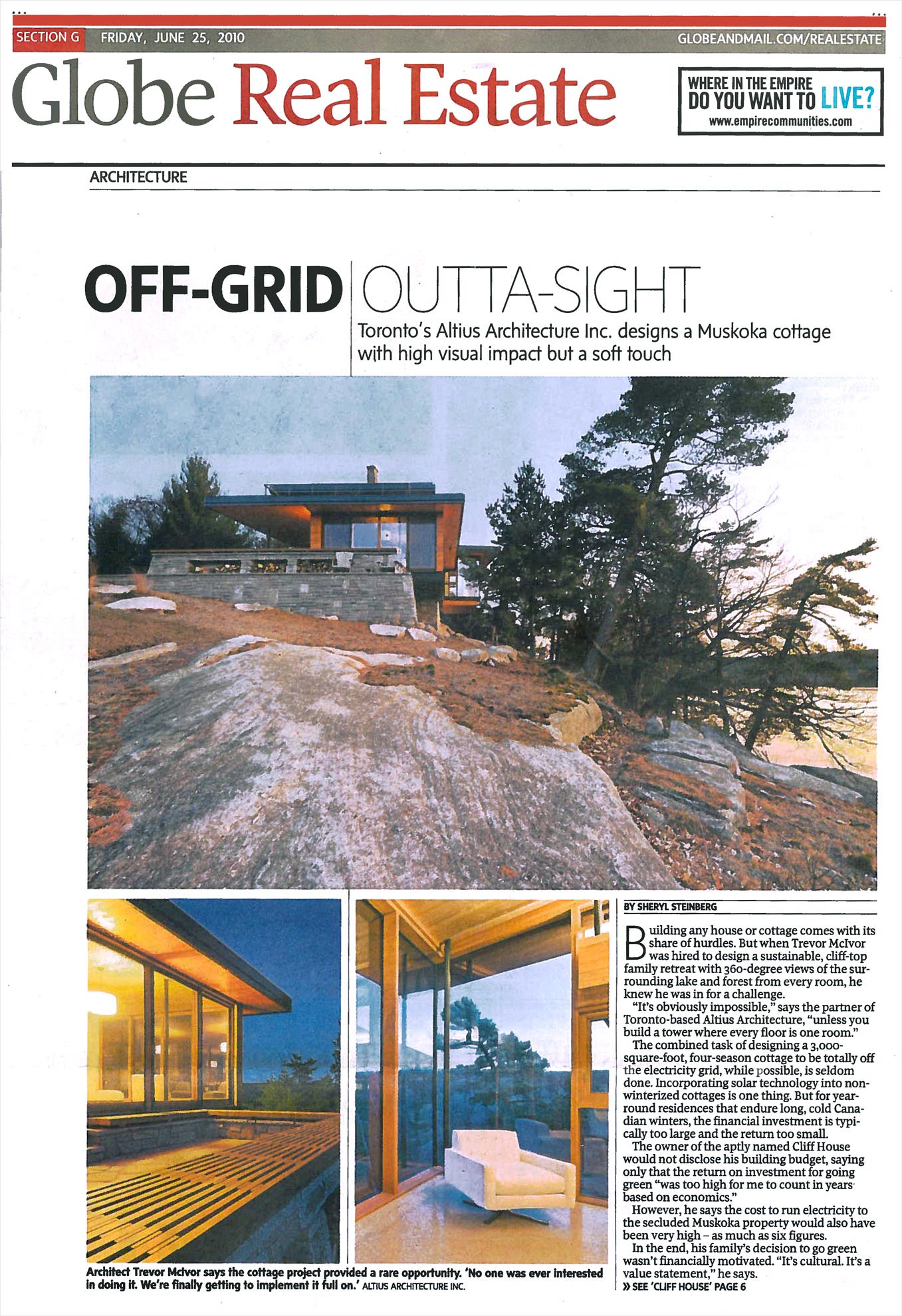