In hindsight, the name of the electric toilet riser should have raised a red flag for Geoff and Melissa Teehan and their newly built accessible home.

Truth is, the young couple’s 2,200-square-foot, boxy, glass residence with heated concrete floors and integrated stainless steel appliances doesn’t look or feel the least bit accessible, which is why they ripped out the lavatory lift almost as soon as it was installed and replaced it with a pair of custom designed stainless steel grab bars. 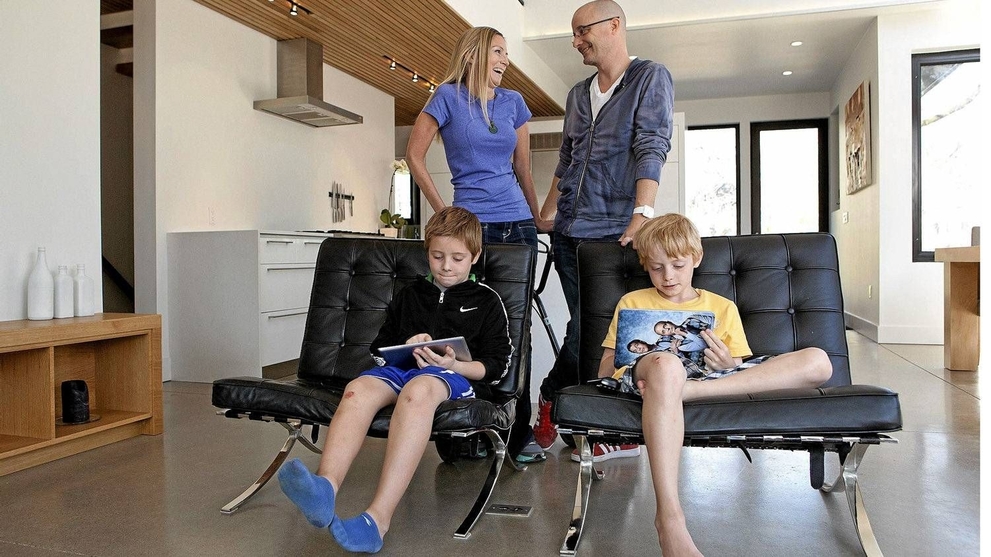 Architectural beauty in an accessible home

The move – and countless others, such as an iPad-controlled Lutron home automation system – were meticulously designed into the Toronto Beaches home to allow Ms. Teehan to hold down the fort, as she did before becoming a quadriplegic a few years ago.

“I spent nine months in a hospital and was tired of looking at hospital equipment,” she says of the couple’s search for items that “are functional without giving up aesthetic.”

“We would be like, ‘How do we make that not look accessible?’ We didn’t want it look like an old-age home,” jumps in Mr. Teehan, a principal in a digital design firm whose design-build blog was featured in Globe Real Estate in May, 2010 just before the family took possession of the property. (A neighbour subsequently opposed the modern design, leading to a very public and controversial battle over a family’s right to build. See interview below for more details.)

Getting the best of both these worlds meant customization, such as the grab bars and shower with button controls and foldable teak bench in the master bathroom, and much research. The Teehans’ architect, Toronto-based Altius Architecture Inc., helped source their small white-oak-panelled elevator, vetoing commercial models and those with swing and accordion doors. Their $30,000 lift features a space-savvy, tri-panel door, which slides into a wall in the centre of the home when open. 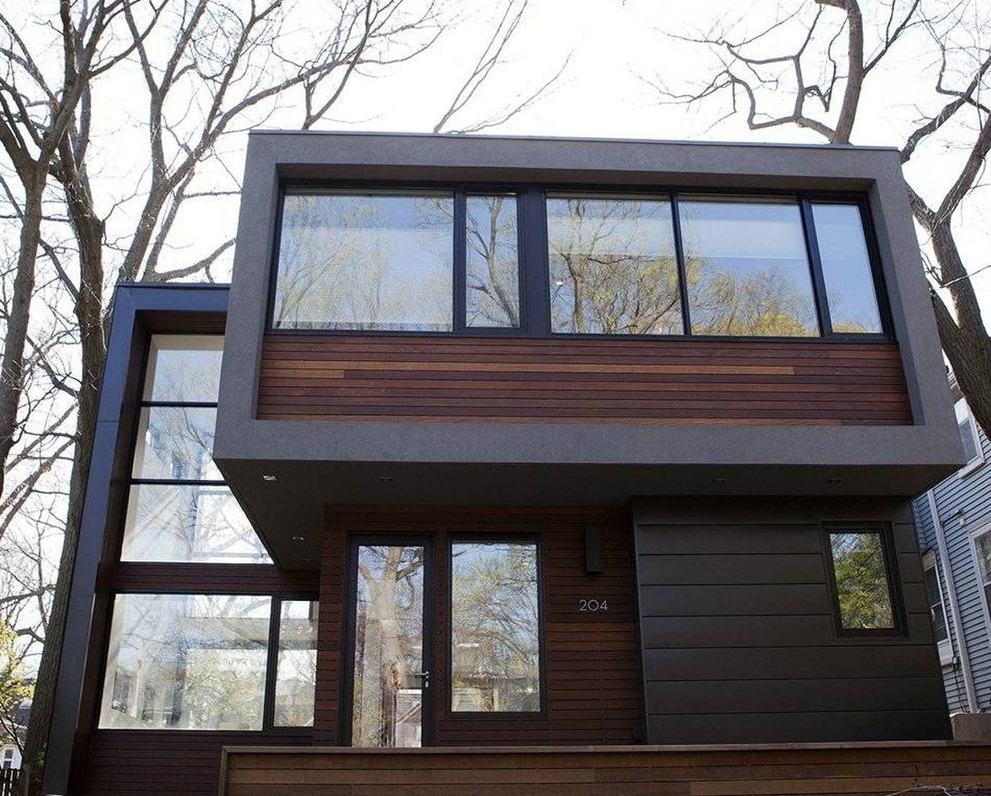 It also meant filling their home with things that they love, such as family photos, brilliantly displayed on a 42-inch LED TV mounted portrait-style into a feature wall. Double ornate frames, painted white to blend in with the home’s all-white walls, hide the wiring and are a nice juxtaposition to the modern surroundings.

The white-oak wall unit Mr. Teehan designed in the living room showcases an intimate collection of smaller family photos, hardcover books and a collection of circa-1900 soda bottles, found on the property during the excavation and painted a flat white. One is marked “J.J. McLauglin,” the founder of Canada Dry.

Steps away, the sleek white kitchen serves as “home base” – connected to almost every room in the open-concept home. The glossy, white lower cabinets from IKEA are well within reach of both Ms. Teehan and the children, but like so much in the home, they don’t look accessible. The absence of upper cupboards, in fact, is “stylistically popular right now,” says Altius partner Cathy Garrido.

So, too, are the generous spaces necessary for accessibility, including a wide second-storey catwalk offering an open view of most of the rooms below. “We tried to design everything with universal design principles,” says Ms. Garrido. “It means it’s good for everyone, not just someone in a wheelchair or walker.” 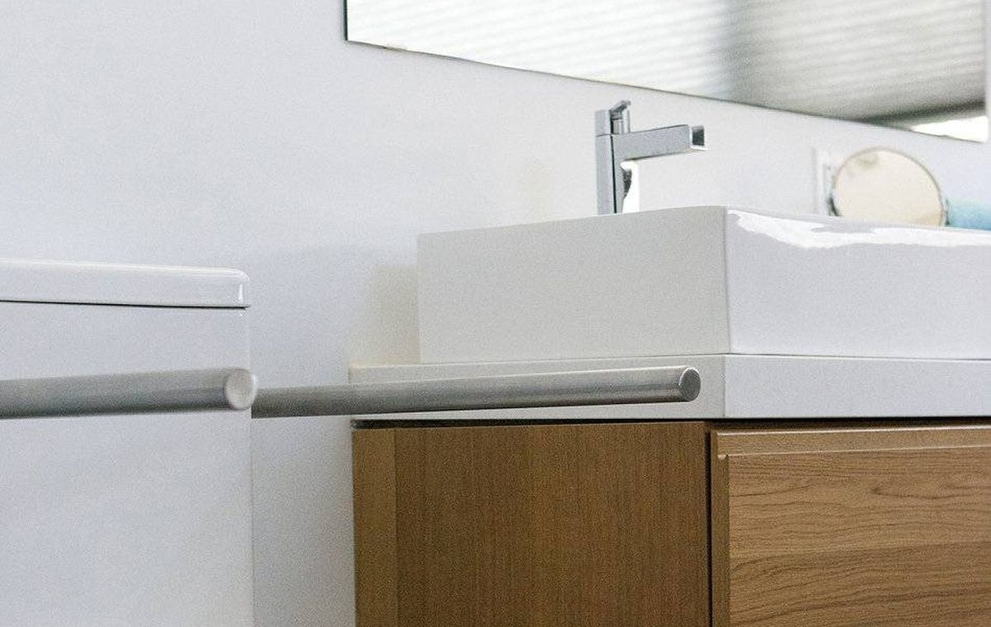 The Teehans are first to admit what makes the place really work are the things most people take for granted: easy access in and out of rooms, having enough space to be in the bathroom at same time and being able to effortlessly turn off your kids’ bedroom lights. They’re not alone.

“[Our friends and relatives] will come in and say the home is beautiful and it’s really modern and we did a great job,” Ms. Teehan says, “But I think they’re happier to see that we’re happy and it all came through.”

Two years after showcasing the Teehans’ drawings of their modern, accessible home and sparking a neighbourhood battle that put it at risk, Geoff and Melissa Teehan invited Globe Real Estate into their new home and, for the first time, publically discussed the ordeal they went through.

The last time we spoke, you said you could handle anything that came your way after having dealt with Melissa’s paralysis. You even asked, ‘What’s the worst that can happen?’ ”

Geoff: It’s still true even having gone through all (the controversy) because we can still look back and say, okay, that wasn’t that bad.

Melissa: But we’re not going to say that again. (They laugh.)

What was it like living in that whirlwind and putting your plans on hold after a neighbour started a petition to prevent you from tearing down the 1920s two-bedroom cottage on the property and building?

Geoff: In that moment, it was horrible because there was a chance that we wouldn’t be able to build this house or maybe (the former house on the property) would get heritage certification then we would have taken a bath on it … There was an enormous amount of stress. We wanted to do what was right for our family and we had a risk of not only not being able to do it but not being able to do it for a very long time.

Melissa: I was just really disappointed in – and it sounds cliché but – humanity. It didn’t ever occur to me when we purchased the property that we would be facing any sort of backlash or controversy. And then on top of that, to have a [city] councillor who said to us face-to-face that she was going to help us or at least hear our side of the story but behind our back didn’t help us whatsoever. It was really disappointing on a human front.

Geoff: But it also brought out the good in other people, whether it’s a nice comment on a blog or it’s the architectural firm calling up their lawyers to help you battle with City Hall.

Did you hear from strangers?

Geoff: Yes, on both sides. We heard from a lot more who were on our side.

Melissa: I’d be on Queen Street [East] with the kids and people would stop me. In every case, they would say they were in support and couldn’t believe what happened to us. It made me feel that I’m still part of this community and not ostracized because now I’m in a wheelchair. 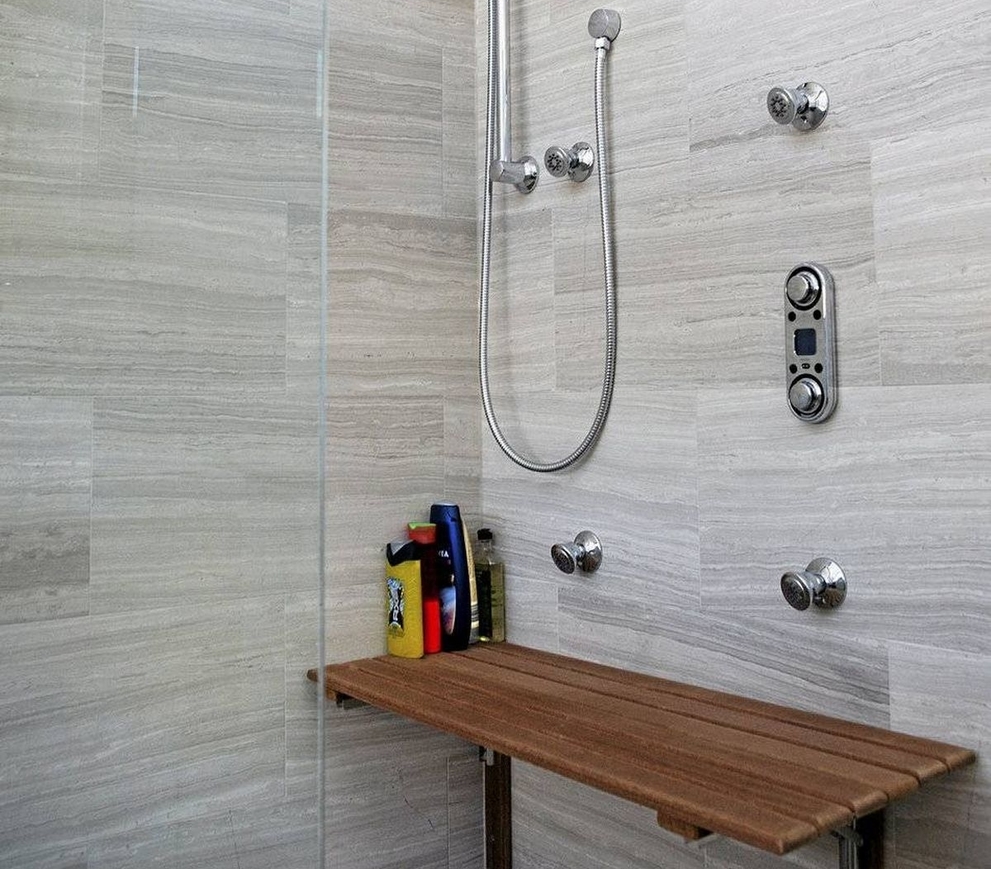 Geoff: People are genuinely good. For the lady across the street who didn’t want her view changing, I wonder if she still feels like she was fighting on the right side of things. My hope would be that she didn’t want to attract all that attention, even if she felt that way. She’s entitled to think [our house] is ugly.

Beyond the fact that your house is built and you’ve moved in, what’s the story?

Melissa: It’s that despite what we’ve been through, we’re trying to make the best of it and live our lives like nothing’s happened.

Geoff: Yeah, but things did happen and life got harder and tougher so we had to create something that would make it easier.