10 Architects from Toronto you should know about. 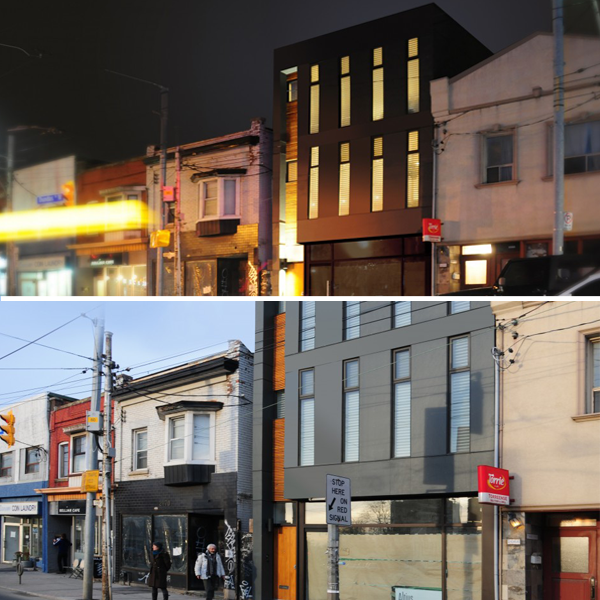 Gallery House is a commercial gallery space that spans 1200 square feet and is devoted to the work of senior artists. The space is loaded with water conserving fixtures and numerous low energy appliances, making it environmentally friendly. Gallery House is situated at Dundas Street West and Morrow Avenue in Toronto.

The three founding partners of this young firm met while still attending architectural school in the 90′s. They agreed that there were no established firms that embraced architectural practice as they envisioned it. In 1998, Altius Design Studio was launched.

“We believe that the best buildings are achieved when architects, engineers, consultants, constructors and clients come together to achieve something greater than the sum of their individual parts. ” – Altius. 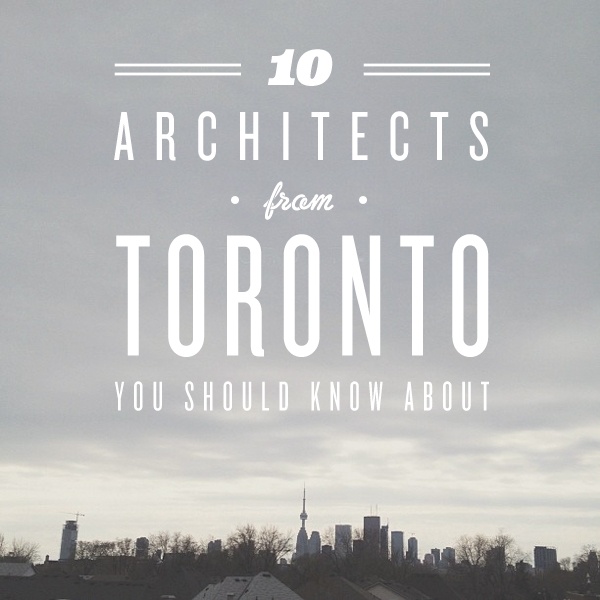 During the 1960′s and 1970′s, Toronto went through a process of self-mutilation when most of our architectural heritage was destroyed to make room for the humdrum commercial spaces of today. The architects below are once again breathing fresh air into the cityscape that surrounds us. They are responsible for creating some of the most fascinating structures that enable culture and community both in our city and abroad. 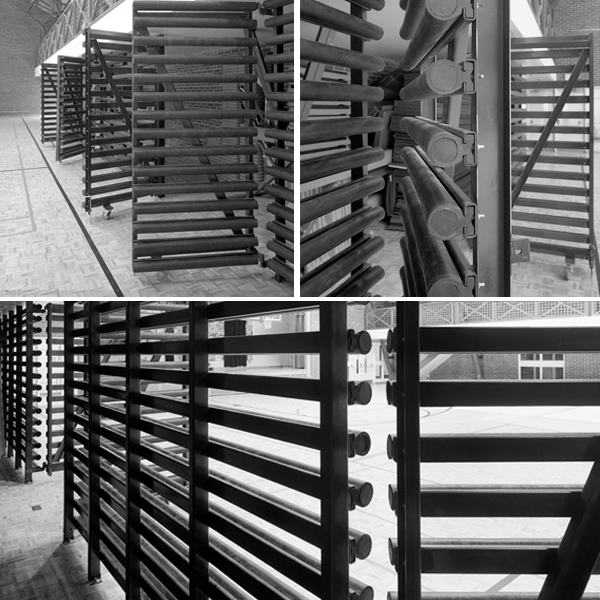 Crash Pad is a set of swinging doors made from rubber tubes that lay underneath a mezzanine. When closed, the doors act as a wall that hides gym equipment – this type of barrier is usually made of concrete block or drywall. Bortolotto architects made an effort to find the right balance between flexibility, rigidity and durability.

Bortolotto was established in 1999, focusing primarily on public architecture, corporate interiors and private residences. A large concentration of their work is for government and educational institutions. Bortolotto Design has developed design strategies collectively named Performance Architecture. 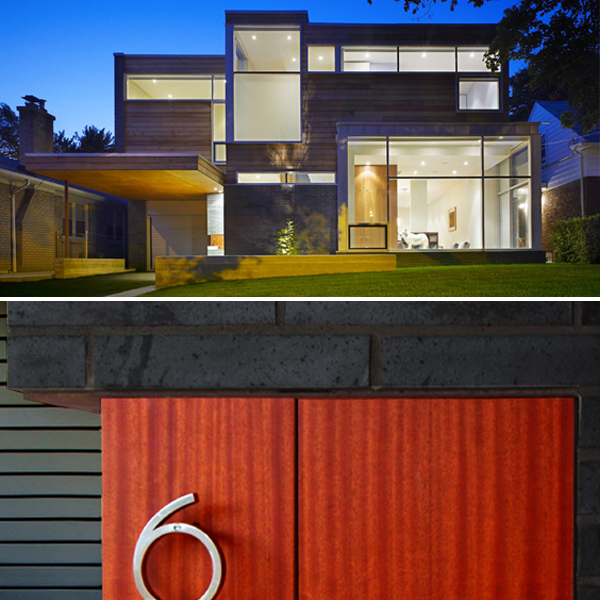 This beautiful dwelling is the successor of a now-demolished bungalow. This home seeks to be the model for redevelopment in a neighborhood undergoing transformation.

Drew Mandel Architects was established in Toronto, Canada in 2004. Projects include residences and interiors, commercial buildings and interiors, storefronts, landscapes, and product design. Honours include the City of Toronto Urban Design Awards, Azure Awards, the Ontario Association of Architects Awards of Excellence, and Best of Canada Awards. 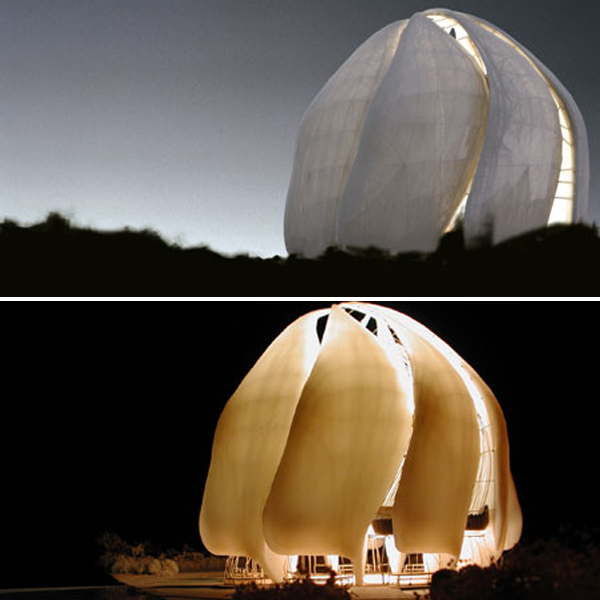 The Bahá’í Temple for South America is a warm and graceful structure that rests lightly against the rugged Andean mountain range in Santiago, Chile. At night, the white alabaster and glass permit light from within to reveal its underlying form.

Hariri Pontarini Architects, established in 1994, draw the combined skills and knowledge of over 50 registered architects and support staff. They are well known for their understated elegance and innovative design. 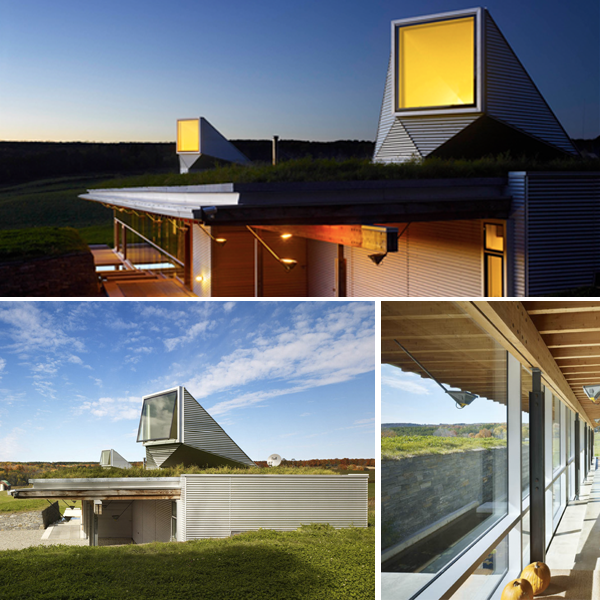 Travel forty-five minutes northwest of Toronto to the Caledon community and you will find a piece of architecture that is at one with nature. The slightly camouflaged two-storey home sits on a 37-hectare property and blends into the surrounding hillside due to drought resistant grass on the rooftop. The grass acts as a protective covering for the roof while simultaneously keeping the home cool during the summer. Steel cladding encloses its exterior: a low maintenance yet durable solution. Its most iconic features have to be the two periscope-like skylights that jut out of the main structure.

Ian MacDonald is a modernist practitioner whose work is influenced by Frank Lloyd Wright and Ron Thom. He has received three Governer General’s Medals and six Canadian Architect Awards of Excellence. 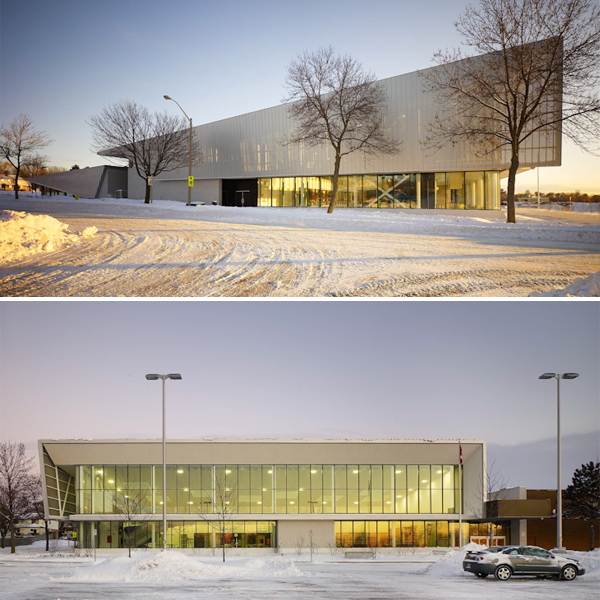 The South Oshawa Community Center is a hybrid space shared by the City of Oshawa and the Durham District School Board. To make the building energy efficient, MJMA architects designed the structure in a way that maximizes natural lighting in all public areas.

MJMA is a collective of designers and architects who have a twenty-year legacy of making community buildings. Their body of work has earned them more than forty national awards, including the Governor General’s Medal in Architecture. 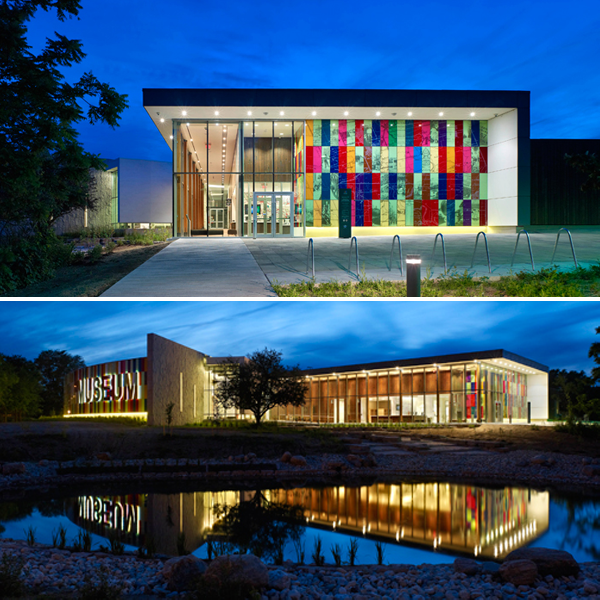 The Waterloo Region Museum – located in Kitchener-Waterloo – has an exterior that is covered in a brightly coloured glass quilt wall, embedded with images taken from the museum’s collection. The colour scheme was derived by converting a famous quote by Sir Wilfred Laurier using hexadecimal encoded colour mapping; connecting the quilt to the high-tech sector of the regional economy.

Moriyama & Teshima has established its reputation on distinctive landmark projects such as the New Canadian War Museum in Ottawa, and the Bata Shoe Museum in Toronto. 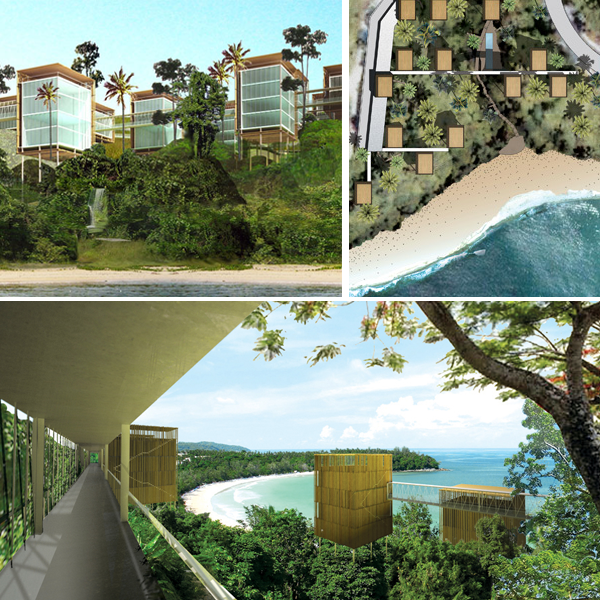 Imagine being greeted by a dense green canopy 20m above grade every time you walked into your neighbourhood by footbridge. The Treetop Villas are comprised of seventeen villas that sit atop concrete stilts. The villas use modest building materials and construction techniques: concrete and glass boxes wrapped on four sides by a bamboo screen. Bridges connect the community to itself and to the beautiful beaches of Phuket, Thailand. This biotic community in the heart of paradise is a pending project.

Paul Raff is currently the founding principal of Paul Raff Studio. Raff’s reputation for excellence was established at the outset of his career in 1993 with an award-winning design for Toronto’s waterfront redevelopment. In 2001, Paul Raff became the youngest ever recipient of the Ontario Association of Architects’ Allied Arts Award for lifetime achievement. View Paul Raff speaking on integrity based architecture, here. 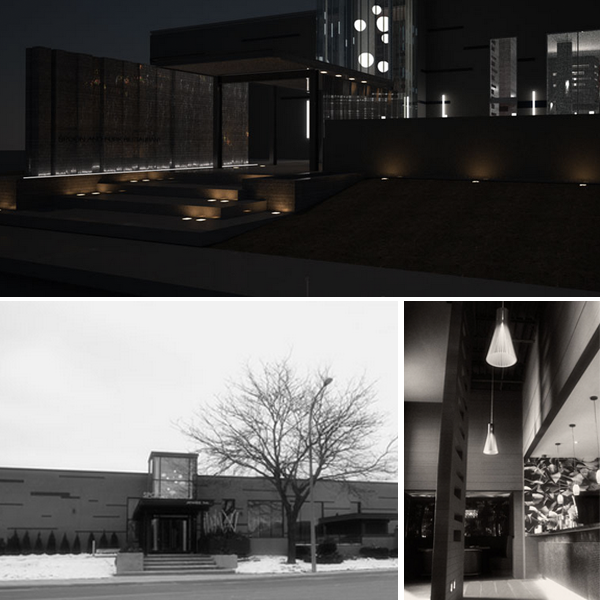 Spoon & Fork is a 175-seat, fusion Japanese and Thai restaurant derived from and integrated with the site. The scope of work encompassed a complete renovation of an existing typical commercial building with a modest project budget. Spoon & Fork was recently featured in the March edition of INSIDE interiors + design magazine by (WAN) World Architecture News publication. 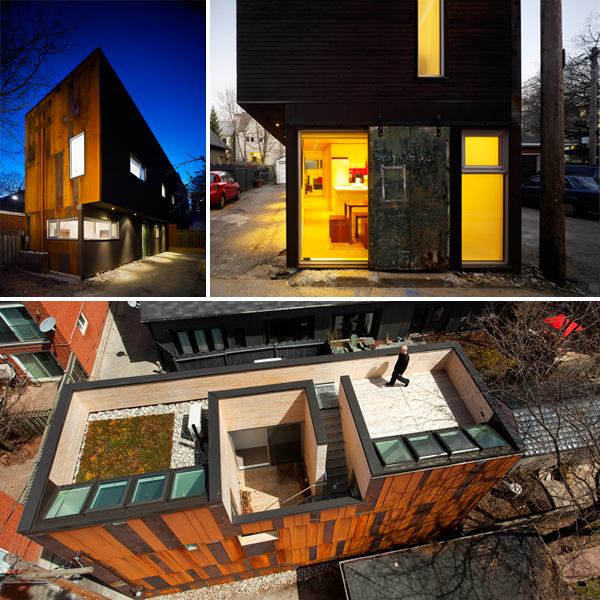 40R_Laneway House was once a blacksmith’s shop, then a horse shed and later an artist’s apartment and studio. Located on a 40′×18′ lot, it is built to the property lines on 3 sides, with 2’ to spare on the fourth. A light shaft topped by skylights runs the length of the west wall of the building, broken only by a courtyard on the second floor. The shaft brings light to the ground floor and provides passive ventilation. On the second floor, a glass and wood wrapped courtyard separates the two bedrooms. From the courtyard, with its primary view to the sky, there is a small stair up to a roof garden.The existing rusted steel cladding panels on the building were brake-formed with a flat-lock seam and reinstalled as the main exterior. Black-stained knotty cedar adorns the rest of the building.

Superkül inc | architect is the Toronto-based practice of principals Andre D’Elia and Meg Graham that was founded on a broad range of professional experience in both Canada and abroad. The firm has a broad portfolio of project types, ranging from garden design and single-family housing to medium size commercial / institutional work and master planning.